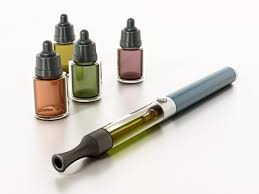 The Minister for Health has proposed legislation to Cabinet for a ban on the sales of e-cigarettes to under 18’s. It is estimated that about one in four 15-17 year olds in Ireland have tried e-cigarettes at least once.

The Centres for Disease Prevention and Control in the Use confirmed on October 20th 2019 that the number of vaping-related lung injury cases has risen close to 1,500 and the number of deaths linked to the use of the e-cigarettes has climbed to above 30. Cases have no been reported on 49 States.